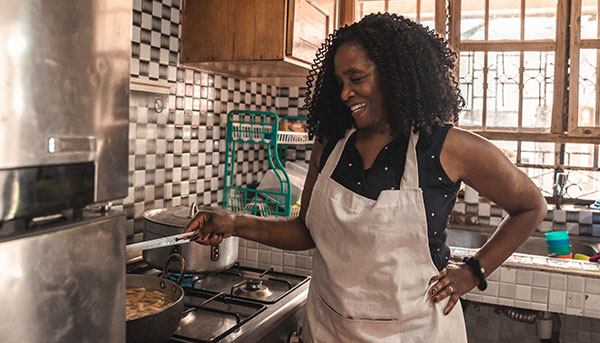 From the initial inception through today, many challenges have been overcome on this journey towards opening the Reach International Children's Center. Below are just a few of the steps that were taken on our quest.

Elders from Abundant Life Christian Center visit Kenya to celebrate the 25th anniversary of King Jesus Faith Ministries. While there, they see the conditions of the street children, and are moved to help.

A Committee is Formed

Experts from the realms of education, social work, psychology, addiction, and more come together to discuss the home. The biggest question was... does the model for what we want to accomplish exist? Is there anyone else doing this type of thing, and doing it well? Or do we need to be the pioneers?

The Search for the Right House Begins

Pastor Mark Haywood undertakes the first of what will ultimately be several trips to Kenya, all in order to find the right house for the vision of the project.

A House is Found

A property is found. It has multiple buildings, walls, and other benefits. Negotiations begin. Unbeknownst to the team, these negotiations would last for two years.

ALCC Gets a Letter from the Governor of Bungoma

Word had begun to spread: Abundant Life was looking to do something about the street children, and the government wanted to help.

An Orphanage, or Something Else?

In-depth research was undertaken by the Reach to answer if the right solution was indeed an orphanage, or if a new model needed to be firmly established. The goal, after all, was not just to give the boys a permanent home, but rather to rehabilitate them to where they could eventually return to society.

Additional research was undertaken to ensure that whatever was developed, that it would work specifically for Kenya. The goal was never to Americanize these children; rather, whatever was established had to be something that would be approved of and supported by the Kenyan government.

The First House Falls Through

Back in Syracuse, ALCC spreads word about the home, and receives financial support in order to carry the mission forward.

A laywer who knew NGO law had to be found and secured for the project. Through an interesting twist, the young woman they found - originally from Nairobi, Kenya - actually attended Abundant Life Christian Center while attending law school in Syracuse!

At long last, a home was found, and this time, negotiations were quick. In October into November of 2016, the ALCC team closed on the property for the children's home.

Construction began, to finish the wall around the property, and to get the home ready for the first wave of residents.

Deciding the correct name for the house was a matter of surprising complexity, as whatever name was decided had to be approved by the government, and work for the NGO approval. It couldn't sound like a church. With some of the proposed names, paperwork had to be submitted, discussed, processed, and returned.

An election dispute in Kenya shuts down the government... for sixth months. Any sort of government approval slows to a crawl.

In February, the NGO was approved! The Kenyan government came back and said that yes, the suggested model would indeed help society, and prevent crime.

The process of choosing the boys had begun. It was decided - after much research and exploration of the topic - that boys under 11 years old would be ideal for the home. After several conversations with the locals, the first seven boys were chosen.

In April of 2018, the home officially opened and the first seven boys were brought in! After much work and toil, the hard work paid off and the vision had finally become a reality.

Rescued boys are successfully going through the rehabilitation process, and now with proper nutrition, are detoxing and growing at a profound rate!

Outreach continues, and identification continues of boys that are ideal candidates for the home, allowing the facility to make its way towards full capacity.

Preparing for the "Restore" Phase

The home gears up for the final stage of the process with the first wave of boys who are ready: restoring back to family.
‍

Visitors from Abundant Life Christian Center head to Kenya for a series of meetings. The model for restoration has been outlined, but can’t be implemented without the buy-in and support of the local churches,community leaders, and government officials.

The meetings are a success, and the project moves forward with the assistance and blessing of the authorities in Bungoma!

Towards the end of 2020, the first wave of boys is successfully restored back to family life! The initial goal of the RICC endeavor has become a reality.
‍

All Phases at Once

All three phases of the RICC vision are in motion. New boys are getting rescued off the streets, residents are undergoing rehabilitation,and veterans of the home are getting restored back to life in a proper family unit.

Upgrades the home are in motion, including a new well being dug, among other renovations and home improvements.

Additionally, RICC has gained the attention of other homes and orphanages in Kenya, and the powers that be have decreed that the RICC model is one that should be studied and emulated throughout the entire community!
‍